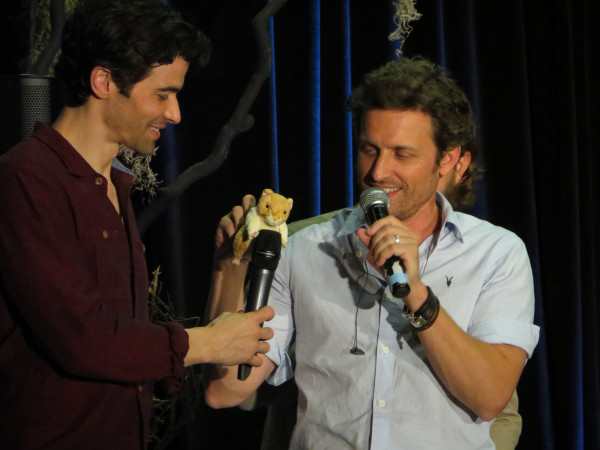 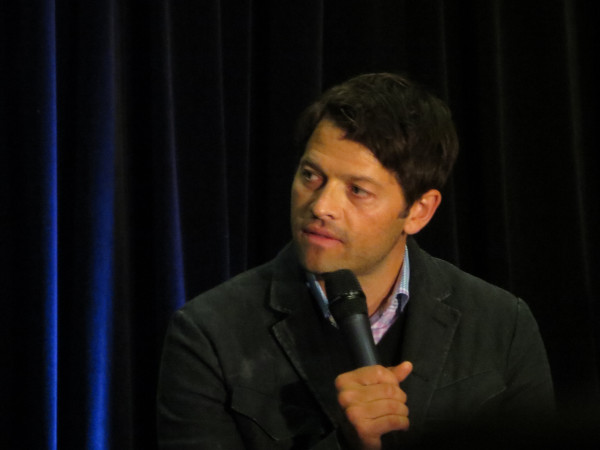 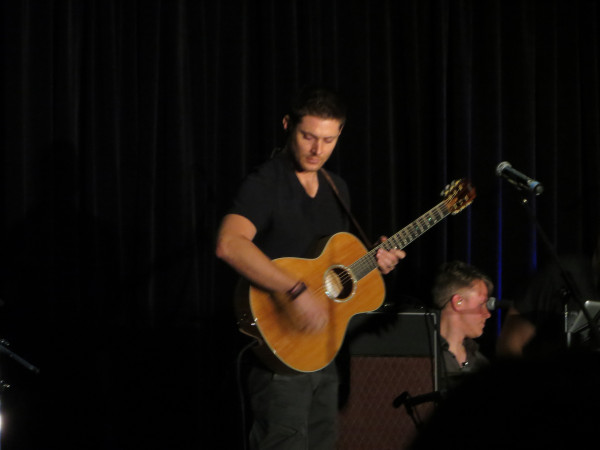 So, by now, you guys all know what the highlight was - but bear with me here...
When we got inside, my seat neighbour told me she had heard rumours that MAYBE... and I said I had heard them too, but I didn't want to get my hopes up, because sometimes rumours really were just rumours. She agreed, and we vowed to just enjoy the concert and not to expect anything. And I don't know about her, but I truly did.
So, we started off with Louden Swain, who were rocking. I think the sound was much better in the convention centre than at the Sheraton.
Then Gil came out, and Osric, and even Matt sang a song! Actually Matt sang that Blur song, which I haven't heard for a while, and that was cool. Gil sang Maroon Five.
They had other actors announce the guest singers, so everyone was involved.
Everyone was in fine form and very good. Chris Schmelke (the photographer) came out to play the base, and Adam from Creation came out to play the keyboard. Mark played drums, and I got this picture, which I love: 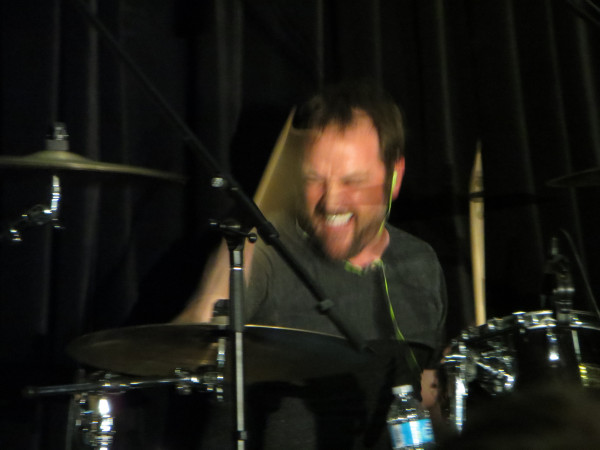 I can't remember if it was before or after, but Louden Swain played a fantastic version of Carry On Wayward Son. It rocked.
And then Mark snuck out to get on the drums, and I was like "He looks happy..."
And then Richard came out to announce the next performer, and he said it was a "friend who is new to the convention scene and doesn't know many people in town..." and I was like "oh. my. god."
Richard introduced Jensen as "J-dog," and, yeah, the crowd went wild.
I'm sure you've all seen the videos by now, but the performance was AMAZING. He messed up once, and smiled to himself about it, and that just mad it all the more fuckin' endearing and awesome. And yeah, obviously his voice was brilliant, the song choice was brilliant, he ROCKED.
Not only that, but he chose to sing Simple Man, which is a song that (ever since 6x01) I HEAVILY associate with Dean Winchester. So, yeah, perfect song was perfect.
I did break my "no videoing, just enjoy the show" rule and recorded the whole thing. Part of me does regret it, because my attention WAS divided, but part of me is glad that I have my own little recording of the song. My camera, sadly, didn't get the sound very well, the base or drum line was just a little too loud for it, so it has a rhythmic *fuzz* sound through it. But, maybe I can get rid of that in an audio editor if I really try.
It was really good. We gave him a standing ovation.
Then he left, and Rob sang a few more numbers while we calmed down. Only, towards the end, Rob started playing songs that meant a lot to him. The guitarist had to re-tune his guitar, so Rob needed to chat for filler and ended up telling us more about what his songs were about... mainly, they were about how his father left them when Rob was young, and how much it hurt his mother, and how he always fantasized about her getting revenge somehow for being so mistreated. And Rob said that usually doesn't talk about this stuff, but he felt like he could with us... and yeah, so my hard heart, which was already in a weird state of euphoric gratitute to the universe for Simple Man, started to go out to Rob... and well, it doesn't help that my own father left when I was young, and completely screwed over my mother, and said some really awful things to her, which she doesn't even think are awful because she thought they were true...and maybe now she doesn't even remember half of them, and that's a good thing [god, Mum, I hope you aren't reading this... Angry-Letter-Rule applies here, if you are, you aren't allowed to talk to me about it.]
So, yeah, my heart was kind of all over the place, and so when everyone came out for A Little Help From My Friends, I didn't record it at all, I just enjoyed it - sang the "ooo"s when Rob told us too... and tried not to cry at how beautiful it all was. And Rob just went for it, completely passionately singing with all his heart about how he wouldn't be alive if it weren't for his friends... and yeah, so my dead-star engine heart, such that it is, totally made me cry.
After everyone left the stage, we gave them a (second) standing ovation, and they came back out and all gave a bow. It was really a wonderful night.
One of my friends, who has had a very tough year, was bawling. So, we had a lot of hugs before I left to go home and hopefully get some sleep...
Of course, I was pretty buzzed from it all, so I maybe only got 4 hours at most before it was time to wake up for the boys... but that's in the next report...
Tags: vancon2015
Subscribe