Saturday started bright and early with Richard and Rob once again being hilarious and absolutely fantastic MC/Band combo. Richard apparently lost a pair of pants at Karaoke, which lead to much hilarity...

Richard went to go through his usual make-fun-of-Saturday people routine, and then discovered that there were only 3 saturday people, so he called them up on stage and went through the Rules and Regulations.
I think I forgot to mention in Friday's report - but I absolutely love the fact that after years of trying to squash filming at Cons, they're now encouraging it as free promotion.
Richard: "What do they expect us to do - promote the show ourselves?! I've got pants to find!"
Ruth Connell 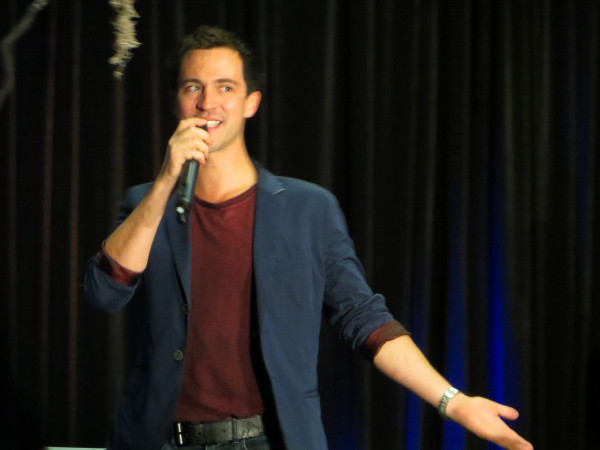 I had to split this post into two, because it was too large... so, Part 2 will be posted in a minute....
Tags: vancon2015
Subscribe