So, I know my rewatches have suddenly disappeared. You can blame the job for that one. The rewatches were much easier to do when I was unemployed. They take about 4 hours, and the last few days I've finished work rather late and haven't felt like sitting on a computer for another 4 hours. So, rewatches might end up being a little slow. Hopefully I'll still be able to get it all done (including the update to the clothing catalogue) before the new year. I'm not working the computer-based job over Christmas (and probably not in December at all.)

Completely unrelated: Here's a fun little map thing of the places I've been:

raloria did it and it looked like fun... you can fill in the map for yourself.

I changed the legend a little bit: 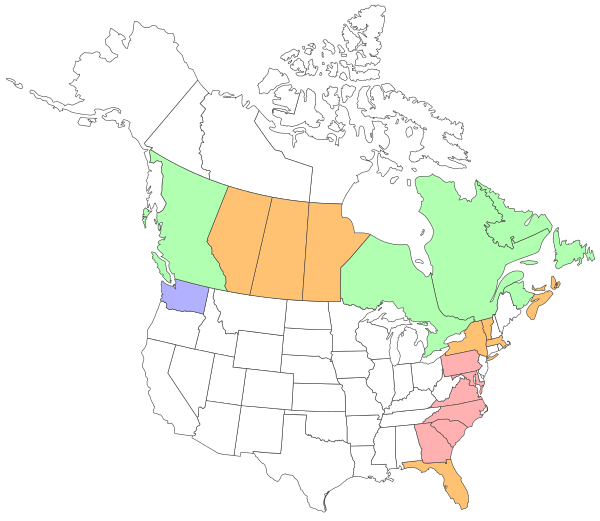 As you might be able to tell, as a youth I once drove from Ontario to Disney World. ;)

Except for New Brunswick (which I've just visited frequently and seen almost all of), I've lived in all the provinces highlighted green.

For non-Canadians: Although I've lived in Newfoundland, I've never been to Labrador, but it's highlighted green because technically Newfoundland and Labrador is one province.